Jordan LaMothe ’17 is a music major at Williams College, and has participated in a wide variety of ensembles as a vocalist and as a saxophonist, including the Williams Jazz ensemble, the Williams College Concert Choir, and the Williams College Chamber Choir. During Winter Study 2017, Jordan also played the role of the Judge in the Williams Opera Workshop’s production of Sweeney Todd. After graduation, Jordan will be starring alongside his family in a new musical Happy If – Happy When at the Fort Salem Theater in Salem, NY, July 21 – 23 and beginning his career as a full-time blacksmith and knife-maker. As a knife-maker, he will be featured in an episode of Forged in Fire on the History Channel, beginning Tuesday, May 16.

Nathan Leach ’17 Nathan Leach is an English and religion major at Williams. In addition to studying voice with Erin Nafziger, Nathan sings in Concert Choir, Chamber Choir, and Bear Springs (a folk trio with Will Kirby ’17 and Jordan LaMothe ’17), and is student conductor of Concert Choir. Outside of Williams, Nathan sings in the choir of St. John’s Episcopal Church, where he has also appeared as a guest conductor and soloist. 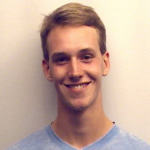 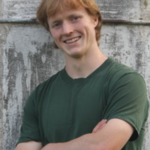