Williams » Music » Facilities
The Music Department facilities include Chapin Hall and the Bernhard Music Center. Use of practice and rehearsal space is coordinated through the Music Office. Other spaces on campus such as Thompson Memorial Chapel occasionally host department concerts as well.
Room Schedules & Photos 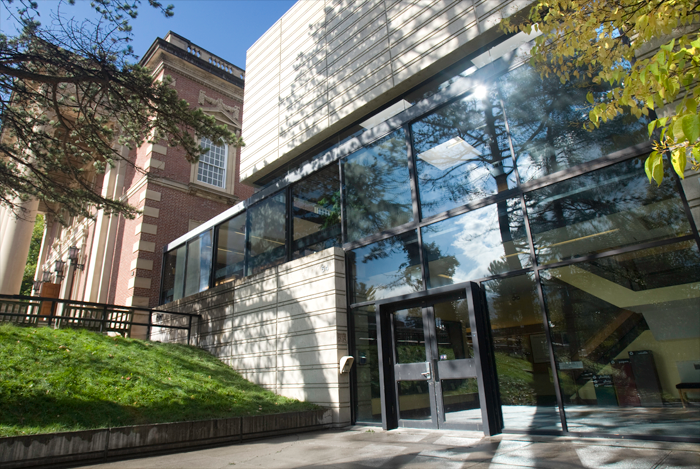 The Bernhard Music Center, open 7 am to midnight during the academic year, contains classrooms, practice rooms, faculty offices, as well as rehearsal and concert spaces. 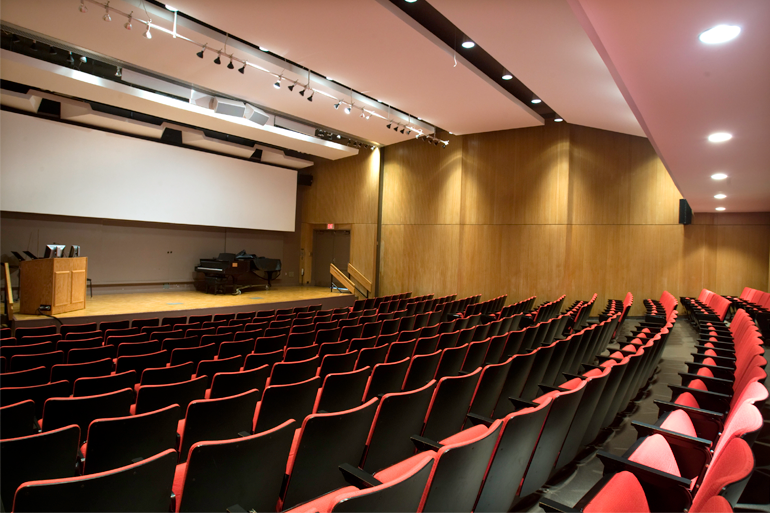 Brooks-Rogers Recital Hall is located on the main floor of Bernhard Music Center and is an important concert venue. It also serves as a lecture hall. With a seating capacity of 250 and one of the department’s Steinway grand pianos onstage, this venue hosts many of the department performances including student and faculty recitals, visiting artist concerts, and chamber music. 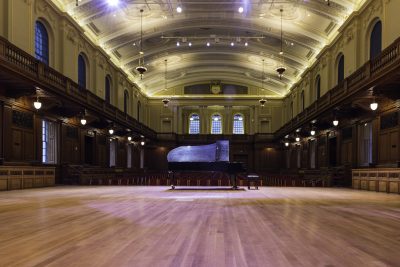 Chapin Hall is the performance home to the music department’s large ensembles. With an audience capacity of 900 and its fine acoustics, Chapin Hall accommodates groups of all sizes from symphony orchestras to solo pianists. 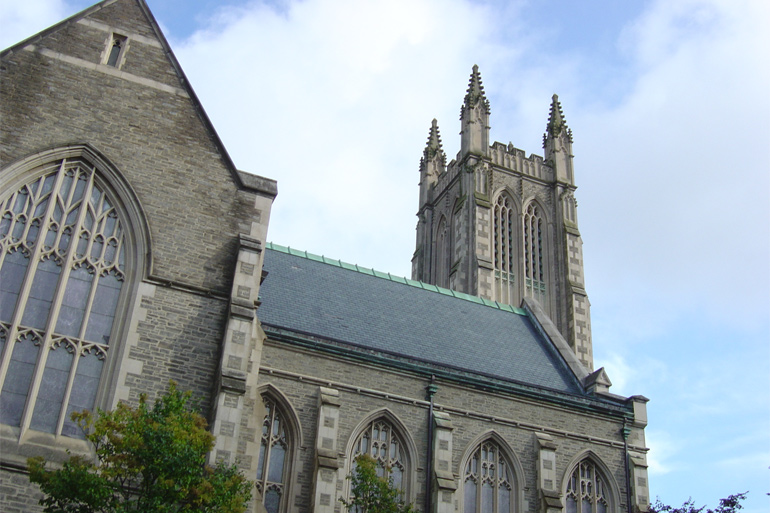 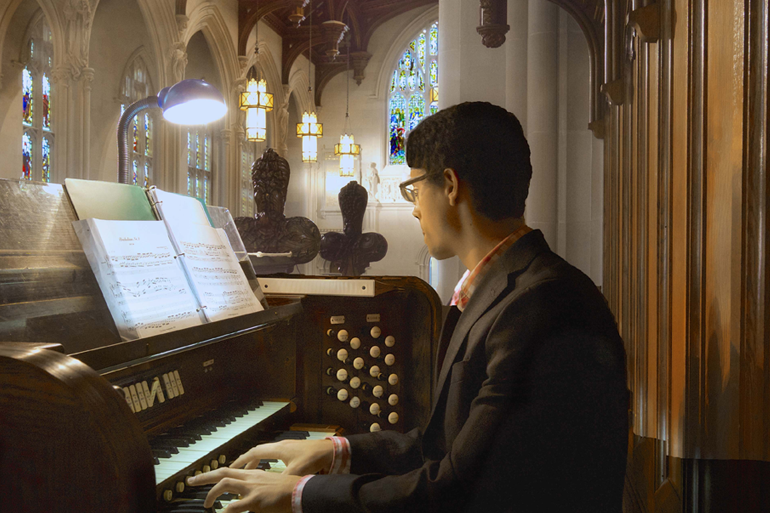 Thompson Memorial Chapel is the site of musical performances as part of religious activities on campus, as well as occasional major choral concerts and smaller, informal recitals. This building contains a three-manual Aeolian-Skinner pipe organ available to organ students. Use of Thompson Memorial Chapel is coordinated through the Chaplain’s Office.