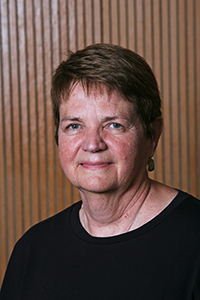 Elizabeth Wright, Artist Associate in Piano at Williams College, has performed extensively throughout the United States, Europe, the USSR and Japan. She has appeared in recital with many distinguished artists and was awarded the prize of Outstanding Accompanist at the Fourth International Tchaikovsky Competition in Moscow. Ms. Wright premiered and recorded many new works, performing in such groups as the American Composers Orchestra, the Aspen Contemporary Festival and Orpheus. She is principal pianist with the American Symphony Orchestra and was for many years piano soloist for both the Martha Graham Dance Company and the Paul Taylor Dance Company. She has been an artist-teacher for the Lincoln Center Institute and has served on the faculties of the Mannes College of Music, Bennington, and Princeton. Appearing frequently on PBS, Ms. Wright has recorded on the Gasparo, Opus One and CRI labels.