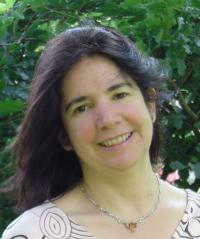 Cuban born composer Ileana Perez Velazquez lives in upstate NY and is a Professor of Music Composition at Williams College, MA. The New York Times has praised the “imaginative strength and musical consistency” and the “otherworldly quality”of her compositions. Her music has been heard in concerts and international festivals in Cuba, the United States, and throughout South and Central America, Europe, China, and the Middle East.

Velazquez has also worked in interdisciplinary projects, including the composition of original music for the Theater Play “Blood Wedding”  (Lorca) directed by Kameron Steele in 2016 at the 62 Center, Williamstown, MA.

Born in Cienfuegos, Cuba, Perez Velázquez received her B.A. in piano and composition from the Higher Institute of Arts (ISA), Havana, Cuba. When she moved to the United States in 1993, she was already recognized as one of the up-and-coming talents in Cuban composition, winning several national composition awards in Cuba, including the first prize of composition for chamber music in the contest of the National Union of Writers and Artists of Cuba (UNEAC), and the first music composition prize from the first national competition of the Youth Music of Cuba (Juventudes Musicales).

After obtaining her Master’s in 1995 in electroacoustic music from Dartmouth College—where her teachers included Charles Dodge, Larry Polansky, Kathryn Alexander, and Jon Appleton —Perez Velázquez began her doctoral studies at Indiana University, studying with Claude Baker, Eugene O’Brien, and Marta Ptaszynska, receiving her DMA in 2000. Perez Velázquez was a recipient of a 1999 Cintas Fellowship in Composition. She was on the faculty of Portland State University for two years (1998-2000), and since 2000 she has been a Professor of Music Composition and Electronic Music at Williams College.

Albany Records released two CD portraits of her music: on January 2008, and September 2017. Recordings of her music have also been released by Innova Recordings, and Urlicht Audiovisual. She is a Member of the Board of Directors at MacDowell.

Samples of IPV music, and for more information about her work.