Lyell B. Clay Artist in Residence in Jazz Activities/Lecturer in Music, Director of the Jazz Ensemble

Director of the Williams Jazz Ensemble

Introduction to the Music of John Coltrane (not offered 2022/23)

Bebop: The (R)evolution of Modern Jazz 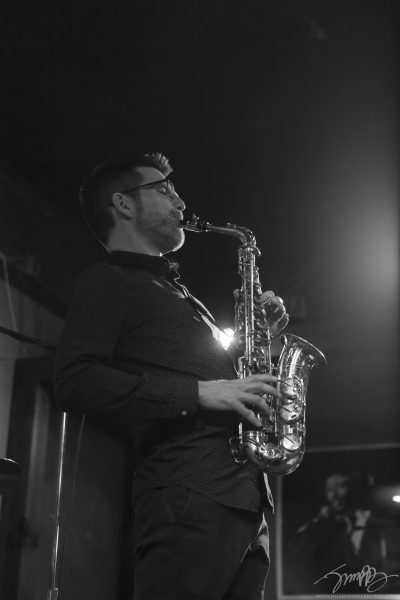 Kris Allen is the Lyell B. Clay Artist in Residence in Jazz and Lecturer in Music at Williams and the director of the Williams jazz ensemble program. He has forged a clear conceptual and aural identity as a saxophonist, composer, bandleader and recording artist, appearing on dozens of albums. His latest release, Beloved, is his second album for the Truth Revolution Recording Collective.

“Allen, in this triumphant follow-up release to his acclaimed debut disc, Circle House, for all of his fluency in the language of jazz and deep knowledge of the music’s modern masters, is very much his own man with his own creative voice.”- WNPR.org

Allen’s quartet has been praised by Jazziz Magazine as “today’s saxophone dream band,” and Downbeat Magazine described recent release Beloved as “one of the better new releases to come out this year…locating the profound within the familiar”

Kris has enjoyed a long career as a sought-after sideman, performing and/or recording with Illinois Jacquet, Gerald Wilson, Andy Gonzales, Jimmy Greene, Helen Sung, Jonathan Barber, Winard Harper, Andy Laverne, the Mingus Dynasty, Avery Sharpe, Ike Sturm, Rogerio Boccato, Andy Jaffe, Kendrick Oliver’s New Life Orchestra, Noah Baerman, the Curtis Brothers and Mario Pavone among others. He has collaborated with dancers, poets, and visual artists, as well as musicians from across diverse genres. Kris’s work has been honored with numerous awards and commissions, including a Macdowell Artist’s Colony fellowship and the Connecticut Office of the Arts fellowship. Prior to his time at Williams, he served as a faculty member at Trinity College, the Hartt School, Southern Connecticut State University and the Greater Hartford Academy of the Performing Arts, and he has been a senior teaching artist for Litchfield Performing Arts since 2001. Kris is a Vandoren Artist and plays Vandoren mouthpieces, reeds and ligatures exclusively. 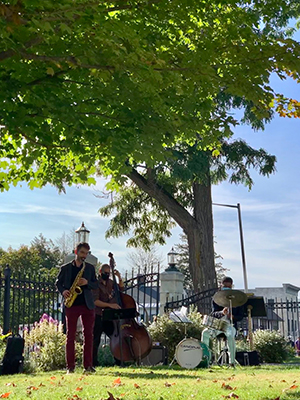