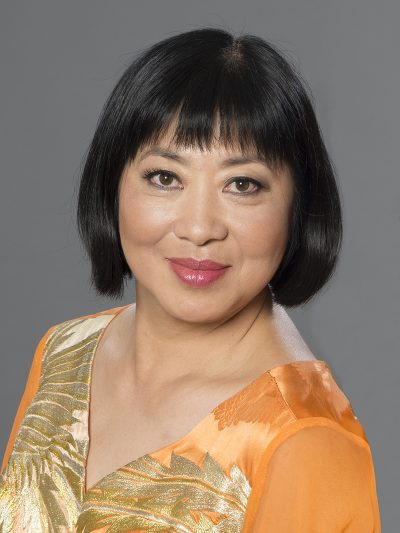 As the first violinist of the Cassatt String Quartet Muneko Otani has appeared in the US, Canada and Mexico as well as in Europe and Asia. Major venues have included Lincoln Center, the Kennedy Center, the Library of Congress, Palacio de Bellas Artes and the Bastille Opera House. The quartet has over 40 recordings, and were named three times to Alex Ross’ 10 best classical recordings of the year in The New Yorker magazine.

Her numerous awards with the Cassatt Quartet include the Wardwell Chamber Music Fellowship at Yale (where they served as teaching assistants to the Tokyo Quartet), two top prizes at the Banff International String Quartet Competition, two CMA/ASCAP Awards for Adventurous Programming, a recording grant from the Mary Flagler Cary Charitable Trust, and commissioning grants from Meet the Composer and the National Endowment for the Arts

Ms Otani has held fellowships at the Banff Festival, the Tanglewood Summer Festival and at Yale University as assistant to the Tokyo Quartet.

She has served on the juries of the Postacchini International Violin Competition in Fermo, Italy, the Juilliard Concerto Competition, the Barlow Prize for composition, and the Chamber Music America Residency Program.

She received the Bachelor of Music degree in both performance and education from the Toho Academy of Music in Japan, where she studied with Toshiya Eto. She then continued her training at the New England Conservatory, where her principal teachers were Masuko Ushioda and Louis Krasner.

Ms Otani teaches violin and chamber music at Columbia University and Williams College, and has taught at the Mozarteum Summer Academy in Salzburg as assistant to Lewis Kaplan.