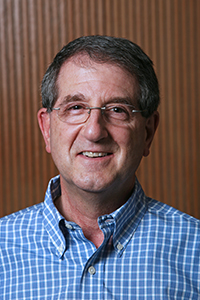 Stephen Walt is Artist Associate in Bassoon at Williams, where he also performs as a member of the Williams Chamber Players and the Berkshire Symphony. Mr. Walt has been teaching and performing at Williams since 1988, serving as Director of Woodwind Chamber Music from 1993 to 2022.In June 2019 Mr. Walt retired from the Albany (NY) Symphony Orchestra after thirty-seven seasons with the orchestra. In addition, he had been Senior Lecturer in Bassoon at the University of Massachusetts from 1999 until 2017. Mr. Walt’s career as a performer has included concerts with the Borromeo, Lark, Muir, Amernet, and Shanghai String Quartets. He also performs with the Berkshire Bach Ensemble, of which he has been a member since 1995. His primary teachers were Sherman Walt and Arthur Weisberg. He has recorded for Naxos, CRI, Decca, Koch International, Gasparo, Nonesuch and Albany Records.